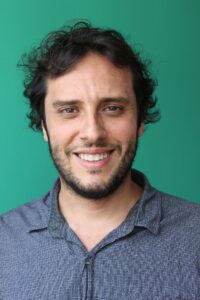 Henrique Buarque de Gusmão holds a PhD. from UFRJ and is professor of theory and methodology of history at UFRJ. He conducts research on theater history, specifically the analysis of the social and historical conditions that configure practices connected to theatrical making in the 19th and 20th centuries, such as the production of dramaturgy, the work of the actors, the activity of theater criticism, the construction of staging and the production of theatrical historiography. In recent years, he has focused on the study of the theatrical works of Brazilian playwright Nelson Rodrigues and Russian director Constantin Stanislavski, both creators of highly impacted theatrical models. Dr. Gusmão is the author of “The romanesque art of the actor: Constantin Stanislavski in the culture of romance” (Hucitec, 2020). 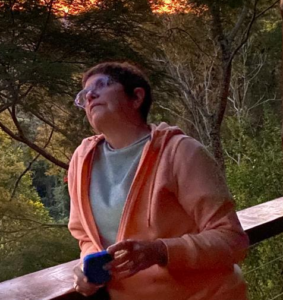 With a Ph.D. in political science from the University Research Institute of Rio de Janeiro, IUPERJ (2001), Monica Grin is full professor of contemporary history at the Institute of History of UFRJ. She was a FAPERJ Jovem Cientista de Nosso Estado, (2008). She was the coordinator of the Graduate Program in Social History at UFRJ (2012-2015). She is the author of “Race: public debate in Brazil (2010)”. Her research addresses issues related to race relations, post-abolition, multiculturalism, ethnicity, racial inequality, racism, antisemitism, immigration, and Jewish studies. She is currently the coordinator of the Interdisciplinary Nucleus of Jewish Studies (NIEJ) of UFRJ. 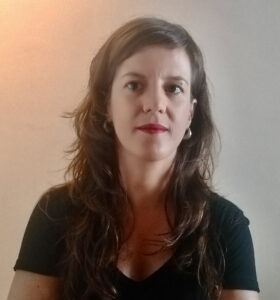 I am an Assistant Professor at the UFRJ’s Institute of History. I am interested in the Contemporary History of Portugal and Europe, focusing on the conflicts of the twentieth century and their cultural effects from a comparative and transnational perspective. I am engaged in history and memory debates and on critical postcolonial theories of violence. I completed my Ph.D. at the NOVA University of Lisbon (2011) on The Politics of Memory of the First World War in Portugal. In 2012, I was a Fulbright Research Fellow at Brown University and, from 2012 to 2013, at NOVA University of Lisbon working on a comparative approach of the colonial wars’ memory regimes in France and Portugal. My ongoing work focuses on the memories of the Portuguese experience in the First World War in Europe and Africa. 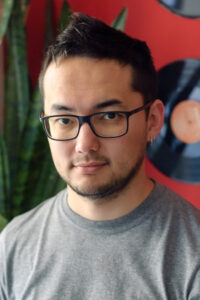 I am Assistant Professor of Theory and Philosophy of History at the Federal University of Rio de Janeiro and the deputy coordinator of PPGHIS. I have a PhD in History from the São Paulo State University (2017), with a dissertation on epistemic virtues and Brazilian professional historiography in the 1980’s. I was a visiting researcher at Leiden University and a postdoc researcher at the São Paulo State University, all with competitive funding from the São Paulo Research Foundation. My main areas of interest are the theory and philosophy of history, and my current research focuses on the ethics of history and the moral foundations of professional historiography. 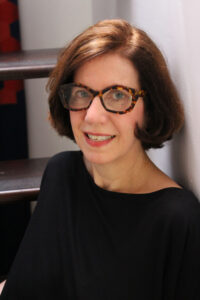 PhD in history from Ecole des hautes études en sciences sociales, Andrea Daher is an emeritus professor at the UFRJ Institute of History, where she coordinates the Research Laboratory for the History of Arts and Literature (PEHL). Her studies, as well as the researches under her supervision, focus on questions related to cultural practices, in particular the practices of representation and the relations between orality and literacy in modern and contemporary world. She is the author of Les Singularités de la France Equinoxiale (2002), Brazilian translation O Brasil francês, (2007); and A Oralidade perdida (2012), French translation L’Oralité perdue (2016). She held from December 2010 to January 201 the Chair of Social Sciences Sergio Buarque de Holanda at Maison des Sciences de l ‘Homme and the University of Paris IV-Sorbonne, France. From 2020, she is visiting professor at the Graduate Program in History at the University of Brasília (2020-2021). 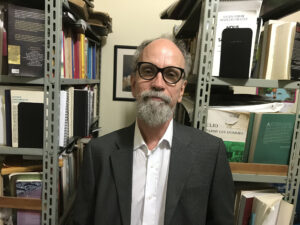 With a Ph.D. in Social History from Universidade Federal Fluminense (1990), João Luiz Fragoso holds a B.A. and a Master’s Degree in Social History (with emphasis on Agrarian History of Brazil) from the Universidade Federal do Rio de Janeiro (1979 and 1982), where he is, since 2005, full professor. He researches and teaches in the field of Early Modern History, with an emphasis on the History of Colonial Brazil, mainly on the following themes: Portuguese Empire, American slavery, Ancient Regime and economic and social elites. He has coordinated and collaborated in several international research projects on the Portuguese colonial empire in the modern era, including with the Institute of Social Sciences at the University of Lisbon and l’École des Hautes Études en Sciences Sociales (EHESS). 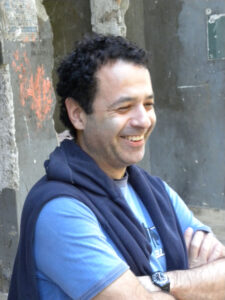 Paulo Fontes is a Professor at Federal University of Rio de Janeiro and a Researcher of the Brazilian Scientific Research Council (CNPq). At UFRJ, he directs the Laboratório de Estudos de História dos Mundos do Trabalho (LEHMT). Paulo received his PhD in Social History from the Universidade Estadual de Campinas (Unicamp). He was a professor at the Fundação Getulio Vargas (2008-2017), a Visiting Professor at Duke (2004) and Princeton (2006/7) Universities, and a Visiting Fellow at the International Institute of Social History (IISH) in Amsterdam in 2013 and at the re:work Institute of Humboldt University in Berlin (2014). A historian of Brazilian labour and working-class culture after the World War II, Paulo is the author of several books and articles. His book Migration and the Making of Industrial São Paulo (Duke U Press) won the first Thomas Skidmore Prize, sponsored by the National Archive and the Brazilian Studies Association. 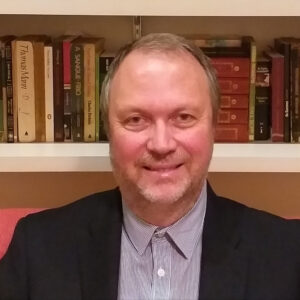 Vitor Izecksohn is professor in the Graduate Program of Social History at the Federal University of Rio de Janeiro. He has a PhD in History from the University of New Hampshire and did his postdoc at Brown University where he also served as a visiting professor under a Fulbright Fellowship in 2011. He was a Fellow at the Gilder Lehrman Institute of American History (New York Historical Society), the Gilder Lehrman Center for the Study of for the Study of Slavery, Resistance, and Abolition (Yale University), and the Fred W. Smith National Library for the Study of George Washington. Prof. Izecksohn was also a fellow at the John Carter Brown Library (2016) and the Max Planck Institute for the Study for European Legal History. He served as visiting professor at the Elliott School of International Affairs/George Washington University. Izecksohn is the author of, Slavery and War in the Americas: Race, Citizenship, and State Building in the United States and Brazil, 1861- 1870 (University
of Virginia Press, 2014), as well as two earlier books published in Brazil: A History of the Brazilian Liberal Political Thought in the Twentieth Century (1990), and The Chorus of Disagreement: The Paraguayan War and the Professional Nucleus of the Brazilian Corps of Officers(2002). He co-authored Nova História Militar Brasileira (2004). These books, along with his chapters and journal articles, engage in renewed debates about the New Brazilian Military History, Comparative Colonial History, and the process of internationalization in the American Civil War. 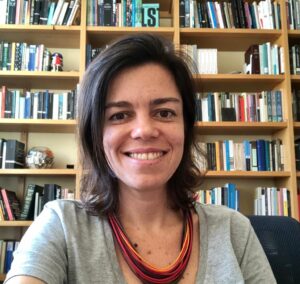 Luiza Larangeira da Silva Mello has a PhD in History from PUC-Rio (2010) and is Professor of Theory and Methodology of History at the Institute of History of UFRJ. Her dissertation thesis received Honorable Mention from the CAPES Thesis Award (2013). She is currently editor of Topoi. Revista de História. Her research interests are intellectual history, history of culture, theory of history, and literary theory, particularly topics such as the relations between history and fiction, the novel in a historical perspective, and the figuration of subjectivity and time in 19th and 20th centuries fiction. 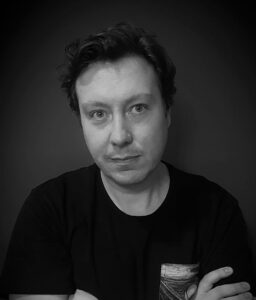 Historian, PhD in Political Science from the Freie Universität Berlin (2011), Vinícius Liebel is professor of Contemporary History at the Institute of History, Federal University of Rio de Janeiro. With postdoctoral internships at USP, PUCRS, UFF and Paris-3, he is the author of Politische Karikaturen und die Grenzen des Humors und der Gewalt (Budrich Unipress, 2011) and Os Alemães (Contexto, 2018). He researches on and supervises students in the following themes: European History of the 20th century, with an emphasis on Cultural and Political History and on Intellectual History; Authoritarianism and Totalitarianism (nazism), Image, Violence and Politics (part. political cartoons). 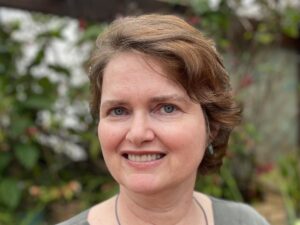 LISE SEDREZ, an environmental historian, teaches the History of the Americas. She has a Ph.D. in Latin American History from Stanford University (2005) and is the co-editor of the book series Latin American Landscapes, University of Arizona Press. Lise is a founding member of SOLCHA (Sociedade Latino-Americana y Caribeña de Historia Ambiental), collaborates with the feminist collective Inaiá and the ASEH’s Committee on Diversity, Inclusion, and Equity, and was a Fellow at the Rachel Carson Center for Environment and Society in Munich, Germany, in 2015-2016. From 2017 to 2021 she was part of the interdisciplinary project Occupy Climate Change!, from the Royal Institute of Technology (KTH), Sweden. Her research interests include urban environmental history, the history of disasters, and digital history. She is currently conducting post-doctoral studies at the Universidade Federal de Minas Gerais. 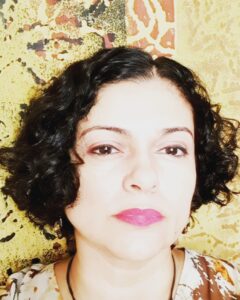 With a PhD in History from the Universidade Federal Fluminense (UFF, 2002), Andréa Casa Nova Maia is Associate Professor in the History of Brazil sector at the History Institute of Universidade Federal do Rio de Janeiro (UFRJ). She is President of the Brazilian Association of Oral History (Management 2020-2022) and was vice-president of the Association International Oral History (IOHA) between 2014-2016. She is the author of Encounters and Farewells – History of Railroads and Railroads of Minas (2009). Her research interests include oral history, cultural history, the history of cities, the history of contemporary Brazil, and art history. 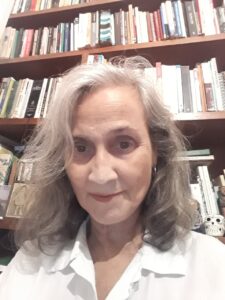 Maria Paula Nascimento Araújo holds a Ph.D. in Political Science from the University Research Institute of Rio de Janeiro, IUPERJ (1998). She is a full professor in the field of contemporary history at the Institute of History of UFRJ. She is the coordinator of the Brazilian research team “Frontiers of Memory: History and Memory of Military Dictatorships in Brazil and Argentina”. She was president of the Brazilian Association of Oral History (2010-2012). She is the author of Students’ memories: from UNE to our days (2007) and A Utopia Fragmentada: the new Brazilian lefts and in the world in the 1970’s (2000). Her research focuses on political history, mainly on the following themes: memory, politics, left, oral history and the press.. 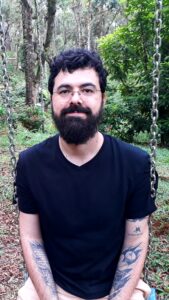 Gabriel de Carvalho Godoy Castanho is an assistant professor of Medieval History at the Institute of History at the Federal University of Rio de Janeiro (UFRJ). He holds a PhD in History from the École des Hautes Études en Sciences Sociales (2013). He is currently deputy coordinator of the Graduate Program in Social History at UFRJ (2018-2021) and coordinator of Theory and History of Medieval Media Laboratory (LATHIMM-UFRJ/USP). His areas of expertise include history, rhetoric and literature; medieval written practices; historiography; historical semantics, the history of concepts; the history of emotions; ecclesiology; the Social History of the Medieval Church; Digital Humanities. He focuses on subjects such as social organization dynamics, culture and power relations; Western monasticism and eremitical life. 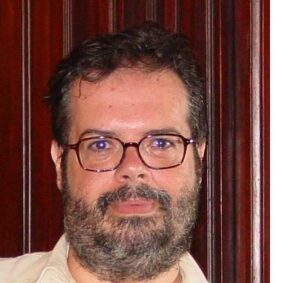 With a PhD in History fromThe Open University (1995), Marcos Bretas is an associate professor of History of Brazil at the Institute of History at UFRJ. He received the CAPES Thesis Award (2005); the Senasp-Anpocs Award for Applied Research in Public Security (1995); and the National Research Archive Award (1995). He is the author of “Ordem na Cidade. The daily exercise of police authority in Rio de Janeiro: 1907-1930” (1997). His research focuses on the history of Brazil’s Early Republic, with emphasis on issues related to Rio de Janeiro, police, crime, and prisons.

Only remote assistance, by email, from March 16, 2020, while an emergency situation remains.
From Monday to Friday.